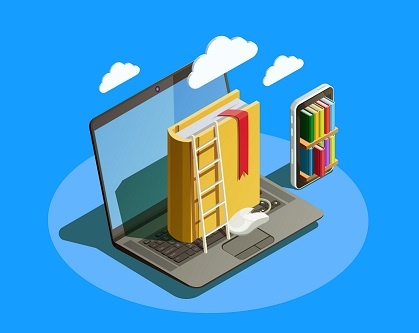 ALL ENTRIES HAVE TO BE MADE IN CLEAR CAPITAL LETTERS IN BLUE INK. CORRECTION FLUID SHOULD NEVER BE USED, CORRECTIONS CAN BE DONE BY ACCURATELY CROSSING WRONG ENTRY.

GMDSS Log Book – All pre departure tests as per STCW  Code Part 4-3 (14) completed. All distress and safety radio equipment (EPIRB, SART, VHF) and the reserve source of energy are in efficient working condition

In addition to national requirements, it is recommended that the following events and items, as appropriate, be among those recorded:

Before commencing the voyage

Details of all data relating to the general condition of the ship should be acknowledged and recorded, such as manning and provisioning, cargo aboard, draught, result of stability/stress checks when conducted, inspections of controls, the steering gear and navigational and radio communication equipment, stowaway and contraband search.

Details related to the voyage should be recorded, such as courses steered and distances sailed, position fixings, weather and sea conditions, changes to the voyage plan, details of pilots’ embarkation/disembarkation, and entry into areas covered by, and compliance with, ship routeing or reporting systems.

Details on special events should be recorded, such as death and injuries among passengers and crew, malfunctions of shipboard equipment and aids to navigation, potentially hazardous situations, emergencies and distress messages received.

When the ship is at anchor or in a port

Details on operational or administrative matters and details related to the safety and security of the ship should be recorded.

SOLAS regulation V/28 requires that, if the records of navigational activities are not maintained in the ship’s log-book, they shall be maintained in another approved form. Methods of recording should be permanent and may be handwritten, electronic or mechanical.

In general, information on the events and items specified before, which are adequately recorded in a special-purpose log, need not be duplicated in the ship’s log-book.

In order to be able to restore a complete record of the voyage, records should be maintained as follows:

Judges and arbitrators place great evidential value on these logs as a contemporaneous record of the vessel. Therefore, it is of paramount importance that all log books are maintained in an orderly manner and fully and accurately record all relevant factual information. Movement books, bell books, or any other type of rough logs are also important items of evidence and should be maintained in a neat and orderly manner.

The Master should ensure that the officers and crew are aware of the importance of a logbook, and take care in making entries. Entries in the logbooks should always be written neatly in ink. If a mistake is made, a single line should be drawn through the relevant passage. Words should never be erased, either by rubbing out or by painting with erasing fluid. Erasures appear suspicious when logbooks are examined by the opposing party to a dispute, and, in any event, techniques are available whereby words which have been erased can be read. Furthermore, a judge or arbitrator examining a logbook which has many erasures and is untidy may draw adverse inferences about the way a vessel is generally maintained.

Just as in the case of the Master’s Report, entries in log books should be concise, factual and objective: no entry of an important nature should be made without due consideration and an account of an incident should never be exaggerated. Where rough or scrap logs are kept, it is these which will come under the closest scrutiny by the Court as they should have been written-up as the events were occurring or immediately after the events occurred.

Engine room logs similarly need to be kept with the same thoroughness.

A proper record of the movements and activities of the ship shall be maintained at all times.

The recording of the movements and activities of the ship is of prime importance in that it can demonstrate that the ship is at all times being navigated in a safe and proper manner.

From the entries in the Deck Log Book, Bridge Bell Book or any other record book, it must be possible to establish the position of the ship at all times, and the actions taken on the bridge concerning the navigation of the ship and any factors which may have influenced these actions.

If an error is made, a thin line must be drawn through the error such that the entry still remains legible. The correct entry should then be written beside the error and the change initiated by the officer making the change.

While under way, deck log book entries should include (but are not limited to):

Entries referring to something unusual or if any doubts, before writing it is convenient to discuss with the Master.